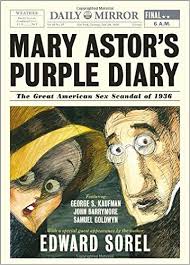 Anyone with a show and a dream can perform at the Fringe and, with nearly 400 shows to choose from this year, here are a few that hold special appeal for me. 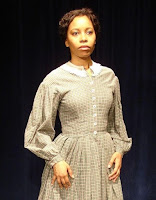 Incidents In The Life Of A Slave Girl. Cherita Armstrong portrays enslaved Harriet Jacobs who spent seven years hiding out from her depraved master in her grandmother’s attic. Nights At The Algonquin Round Table. The 3 Clubs is transformed into New York’s Algonquin Hotel, where notorious wise-crackers Dorothy Parker, Robert Benchley and George S. Kaufman gather to one-up each another with caustic quips. 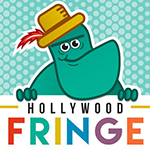 The [ ] Box. Six short plays written by members of Alliance Of Los Angeles Playwrights, all incorporating a small wooden box. What’s inside the box? Is it alive… or is that only your imagination? Unspoken: Shakespeare's Personae In Peril. Shakespeare’s works are about to be privatized and characters from Hamlet, Romeo & Juliet, Merchant of Venice and Midsummer Night’s Dream, must fight for their relevance.

Also listed in the June issue of NOT BORN YESTERDAY.
THEATRE SPOKEN HERE by Morna Murphy Martell at 6:07 PM
Share