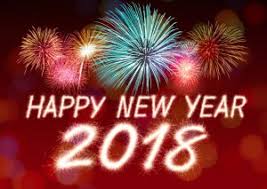 Since in December most productions were Holiday Celebrations and now closed, here are shows opening in January that sound worth seeing.

Starting Jan 5, at The Lounge Theatre, Hollywood, is BUGABOO & THE SILENT ONE, a drama by Marja-Lewis Ryan, about two women inmates in a County Jail in West Virginia. Heidi Sulzman and Jacqueline Toboni are the combative prisoners: 800 838-3006 or batso@brownpapertickets.com.

Jan 13, The Road Theatre on Magnolia, North Hollywood, presents A DELICATE SHIP, by Anna Ziegler, directed by Andre Barron. In this romance, Sarah and Sam are lovers until Nate, her childhood friend, shows up unannounced and alters the course of their lives: 818-761-8838 or www.RoadTheatre.org.

Then on Jan 19 starts NOTHING IS THE SAME, at Sierra Madre Playhouse, written by Y York and directed by Tim Dang. In this drama, on December 7, 1941, four Hawaiian youngsters are playing marbles when Japanese bombers buzz their town on their way to attack Pearl Harbor: 626-355-4318 or www.sierramadreplayhouse.org.

Starting Jan 20 at The Fountain Theatre in Hollywood, is Aaron Posner's adaptation of Chaim Potok's award-winning novel THE CHOSEN. Directed by Simon Levy, it stars Joel Polis and Alan Blumenfeld, in a poignant story about a silent father, an ancient tradition and an important game of baseball: 323-663-1525 or www.fountaintheatre.com.

Also listed in the January issue of NOT BORN YESTERDAY.
Posted by THEATRE SPOKEN HERE by Morna Murphy Martell at 10:34 AM No comments: 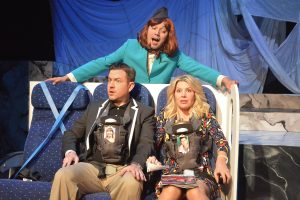 Two hostile ex-lovers, political and philosophical opposites, are sent together worldwide on an ashes-scattering journey thought up by their dead friends (when they were alive). Ashes must be scattered, from a castle in Ireland, where one of them must hang upside down and kiss the Blarney Stone, through a series of other terrifying destinations, such as Spain for the nearly fatal Running of the Bulls. Piloting them on their journey is their ubiquitous fast-changing Guide who comments hilariously on the highly dramatic action.

Ever since the battling Beatrice and Benedick, in Much Ado About Nothing, were conned into falling in love by friends, I’ve loved the concept. In the great days of Hollywood, Katherine Hepburn and Spencer Tracy, battled the war of the sexes in marvelous screwball comedies. So don’t miss playwright Debbie Bolsky’s rollicking comedy, where she takes up the gauntlet with a new twist since, in this modern take, we are guided by a transforming angel who personifies each wild location.

Michael Uribes, as The Guide, is a total delight as Airline Stewardess, a Scottish Highlander, a Guerilla Fighter, and more, segueing through a series of personas, costumes and accents. Lena Bouton is dynamic as the nervous Sara, and Kevin Young intensely charming as the reluctant Jefferson. Wildly imaginative direction by Katherine James.

Presented by Laurel Wetzork for The Athena Cats, a collective of Southern California female playwrights & directors, and produced by Racquel Lehrman, Theatre Planners.

Also reviewed in the January issue of NOT BORN YESTERDAY.
Posted by THEATRE SPOKEN HERE by Morna Murphy Martell at 9:21 AM No comments: