FRINGE FESTIVAL REVIEWS 2019 (in the order I saw them) 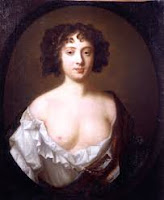 PRETTY, WITTY NELL A wacky slapstick historical romp. All I knew about Nell Gwynn (and I’m British-born) was that she was the saucy mistress to one of the Kings Charles back in the good old days. After experiencing Ryan J-W Smith’s slapstick theater in verse, I now know she was a very wicked wench who romped with more than her share of blue-blooded royals. Not to give away the surprises Ryan J-W has in store, my only gripe is that the cavernous theater space, and the rapid-fire pace of rhyming dialogue, made it hard to hear what anyone – Nell or her many comical lovers – were actually saying. Still, the message is clear – Nell really was quite a pretty, if not particularly witty, Bad Girl, as portrayed lustily by Melanie Johnson.

MR. YUNIOSHI Brilliant writing and acting. Shows the human face behind an offensive caricature. If you loved the actor Mickey Rooney, in spite of this one awful role, then don’t miss this show. Asian actor J. Elijah Cho, both writer and performer, brings Rooney to life in all his dare-devil humor and Hollywood-legend status. Cho's impersonation will have you laughing and, as the story of what Hollywood demands of one of its icons, perhaps even close to crying. Cho also transforms smoothly into other characters, both on and off-stage, to give us a meaningful understanding of the world Mickey inhabits. Paradoxically, Cho shows how Rooney, after becoming this figure of dubious fun, found acceptance in the community his performance mocked, while the rest of us so-called Caucasian folk still recoil in shock and disgust. As not everyone has seen 'Breakfast At Tiffany's' (1961) perhaps showing a clip of Mickey's Mr. Yunioshi before the play starts might illuminate the subject for those audience members. If the rights aren't available then a blow-up poster might do.  Winner: Best Solo Play. 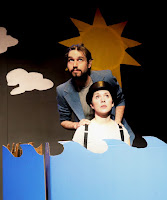 SCORPION and FROG: A TIME KILLER A scorpion asks a frog to carry it across a river. The frog hesitates, afraid of being stung by the scorpion, but the scorpion argues that if it did that, they would both drown. The frog considers this argument sensible and agrees to transport the scorpion. The scorpion climbs onto the frog's back and the frog begins to swim, but midway across the river, the scorpion stings the frog, dooming them both. The dying frog asks the scorpion why it stung, to which the scorpion replies "I couldn't help it. It's in my nature!” Playwright Spencer Green, (loved his BUMPERSTICKER musical in the 2016 Fringe Festival) has adapted this fable for The 6th Act. Even with excellent actors Alex Parker and Christine Sage, four crossings with almost the same dialogue grew tiresome. Felt like a charming ten minute play stretched to one hour. 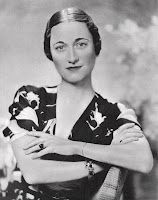 THE DUCHESS & THE STRIPPER
In my former life as a librettist I wrote a musical THE WINDSOR FOLLIES about this same Duchess that performed in their Royal Suite at The Waldorf Towers (see it on You Tube). I was curious to see playwright David Bosley’s take on Wallis Simpson from Baltimore, who snared a King, and was delighted to recognize the same enigmatic gal I had discovered. No need to question why she would flee a socialite party to hang out with a gaudy strip-teaser who owned her own club. In this remarkable play, brilliantly directed by Ezra Buzzington, two women who came from nothing, yet achieved international fame, spend an hour comparing notes. Blaire Chandler is a believably introspective Wallis and lets us see deep into the soul of a normally secretive woman. Alli Miller is not only gorgeous as Blaze, she also reveals the shrewd yet understanding nature she usually masks behind pasties and G-strings. Don’t miss this well-structured dramatic play that is an emotional and intellectually-erogenous masterpiece.

THE NARCISSIST NEXT DOOR Having lived in Hollywood many years, I can recall meeting many narcissists, in fact this town breeds them. In Ellen Buckley’s humorous sitcom, the actor portraying the neighbor from hell actually makes the looney guy very likable… to the audience that is! It starts in photographer Sebastian’s apartment, when his gal-pal Kate, a struggling playwright, drops by. Like in a Seinfeld episode, there is a knock at the door and in roars their high-spirited, loquacious neighbor Tony. From the moment he enters, actor Luca Malacrino dashes off with the play. He is dynamic, energetic and the more he brags of his accomplishments the more one suspects this Tony is a fantasist as well as a narcissist. When the beleaguered characters attempt to escape to Mexico, Tony is right there and, when danger lurks, turns out he’s the man who can handle any situation. This turnaround gave the play a delightful contemporary meaning – never underestimate the power of a fool – but the final action contradicted this and left me baffled.

HELLO AMERICA  This play demonstrates the political power in live theater as seven dynamic young actors relate what it means to be black in America and be acknowledged as a man. They start with anger and the sadly familiar list of injustices suffered under the iron fist of racism. Then, one by one, they reveal the hurt that permeates their lives and the bewilderment at why this continues to happen. Introspection follows, with each of them remembering their childhoods and the small incidences and insults that forced them to hide their vulnerability even from themselves. When they robustly celebrate their young manhood, the sexual and physical challenges they overcome gives them an illusion of invincibility. Then, with some, the longing for emotional connection moves them to accept and show love. Others, even when the fear of being hurt keeps them apart, find pride in self-awareness. Writer and director Brandon Rainey, through the talent of these seven extraordinary individuals, makes a powerful statement that deserves to be heard across America.

LEAR/LOMAN  Will meats Willy in this intriguing and dynamic play where two fabulous actors, playing theatrical icons who meet after death, wage contest. The irony of this truly realistic drama is that these are dramatic characters, from familiar plays, yet we are pulled in to their lives as if both were once real, sentient human beings. Leon Russum is magnificent as King Lear and brings out the arrogance as well as the crushing vulnerability of the maddened king. Bruno Oliver makes a truly persuasive Willy Loman who, while still full of pride and bluster, after his suicide comes to face the illusions that drove him to a false glory. At only 60 minutes these two performers brought both of their literary characters to life and made plausible the friendship across generations that connected them. The addition of other known characters – Cordelia, Linda Loman, Biff and Happy, cruel sisters Goneril and Regan – helped to dramatize the conflict. My only cavil is that, unlike the two principals, these fine actors often spoke so low that even I, who have acute hearing, missed most of their dialogue. (In a large space you have to project!) Being familiar with both plays helped me to enjoy the confrontations and accept the resolution, because this play works on its own integrity. Bravo to playwright Kate Schwartz and director Scott Leggett.

THE RUFFIAN ON THE STAIR
If you’ve never seen a Joe Orton play you are in for a delightful surprise. An outrageous, farcical and absurdist playwright, the irony is that his characters are in many ways more believable than what is often presented onstage as “real” life. Sure, the man of the house is a professional assassin, the lady that he loves a former prostitute, and the violent young man who intrudes on their domestic scene is a charmer with a hidden agenda. Anyway, Brian Foyster, as ever-so- deadpan Mike, will have you chuckling before one word is out of his mouth, Sile Bermingham as bewildered Joyce, trapped in domestic bliss, will bring tears of laughter to your eyes, and Reed Michael Campbell as The Ruffian will win your heart as an innocent boy forced into violent acts in his search for justice. All three actors are just absolutely marvelous and share impeccable accents from various regions of the British Isles. This was Orton’s first success, as a BBC radio play in 1964 that he rewrote for the stage after other plays gained him recognition. Mark Kemble directs with the perceptive and carefree flair of one born and raised in a madhouse.  This production is already being extended for a two week run. Not to miss!

GREENWOOD 1964
As a drama student in New York in the 1960’s, I saw Sidney Poitier in Lorraine Hansberry’s 1959 ground-breaking drama, A Raisin in The Sun, attended Harry Belafonte’s concerts, and marched for Civil Rights in the safety of the North. Other idealistic young friends went South into dangerous territory and many gave their lives for the cause. In this well-researched and illuminating play, writer/director Mohammed Ali Ojarigi, imagines the conversation between two great stars, Sidney Poitier and Harry Belafonte, who went to Mississippi in 1964. Hidden in a safe house, in the dangerous heart of the violence, it appears that their presence, as examples of the dignity of black men, might give courage to those trapped in this state where the KKK reigns. Their conflict reveals how Belafonte, in his fierce dedication to helping the cause, has persuaded Poitier, as a beacon of nobility, to show up for his people. It’s a dialogue that presents an eternal question – how does one fight injustice? Is merely being a good example – or in Poitier’s case a great example - enough? Being a martyr brings recognition but might being an icon be equally contributory? See the play and decide for yourself as there are no easy answers to this conundrum. As Poitier, Eli Goree is extraordinary, capturing the body language, the vocal inflections and the charismatic glow of this familiar screen and stage giant. Thomas Ramseur-King is physically less recognizable as Belafonte, as he nags and denigrates Poitier’s contribution to the cause. This play helps tell the story of the tumultuous years when an oppressed and violated segment of our country bravely fought back. Personally, I can never forget the sacrifices, and the brutality, that marked that era and I applaud those who stood up to evil and those who now, through the arts, continue the resistance.

ASK A BLACK WOMAN
For two years, on her You Tube series “Ask A Black Woman,” people of different races have been asking Shanara Sanders all kinds of questions. However, in this show she barely touches on these mini interviews. Her intent is to take us through her personal journey as a black woman in America through verse, song and even extraordinary dancing.  Looking like a teenager in black T-shirt and jeans, Shanara reveals the ambushes that haunt everyday living – the sudden insult, the need to pacify, the toleration of stupid remarks. As a young black woman Shanara has endured a number of noteworthy events, starting with the condescension of witless white folk, on to the hurtful criticism of her own family members. She tells all this with humor, energy, some amazing dance movements and oftentimes well-justified anger. Yet her effervescent spirit and confiding ingenuousness makes her solo show a special celebratory event.