HOLLYWOOD AND BROADWAY …in Hollywood, natch. 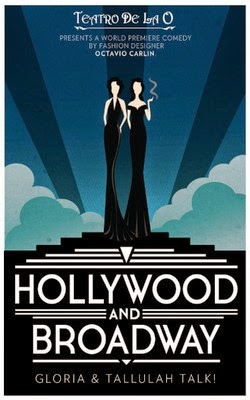 In this battle between Hollywood and Broadway – Broadway wins, due to the wonderfully over-the-top performance of Olivia Choate as the famously over-the-top Tallulah Bankhead. Sadly, Kat Brower as Gloria Swanson lacks the style, the look, or the hauteur needed to match her dynamic opponent. Set at New York’s Hotel Astor in 1951, the two divas are forced to share a room as they wait to make their entrances at a local event. The style of this wild comedy is enhanced by Terrence Gene Taylor as a flamboyant bellhop, Danny Menendez as an incompetent butler, and Christina Lemon as an ex-star who never stops grand-standing. This is a show where, for once, the over-acting is delightful!

This world premiere comedy is written and directed by acknowledged ‘Fashion Designer to the Stars’ Octavio Carlin. As the costume designer for this show, he favored Bankhead with a stunning two-tone gown, while dressing poor Swanson in a frumpy red dress and an unattractive shoulder length wig. Since the film ‘Sunset Boulevard’ had just swept the country (and the Oscars) one wishes the show had matched the onscreen Swanson manner and voice we anticipated. 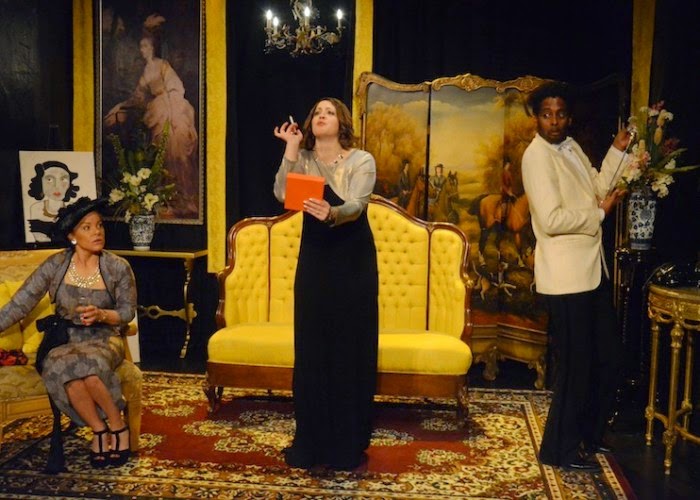 The beautiful scenic design is by Ricardo Mora Hidalgo, with lighting by Steven Pope, and sound by Christopher Moscatiell. The excellent onstage portraits of the two stars were by Hugo Gocha. Producer is the ubiquitous Mike Abramson.