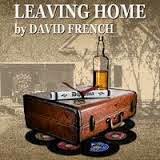 The conflict between father and son is the main focus of this rather overwrought family drama by Canadian playwright David French. Father flies into rages at the drop of a hat while Mother tries vainly to keep peace. 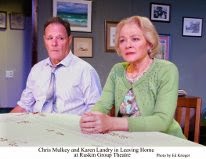 It’s the classic tale of a hard working immigrant father trying to dominate his college bound eldest son, with confrontations coming fast and thick. Then, bordering on farce, there were the vulgar neighbors who dropped in. Only the young people managed to bring the play to a recognizable human level. 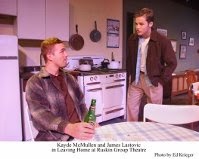 Under Barbara Tarbuck’s vigorous direction, Chris Mulkey as Dad goes from sentimental to savage in seconds, while Karen Landry as Mom speeds from worried to flirtatious to plaintive. Mary Carrig is an oversexed matron and Chip Bolcik her silent boyfriend with hidden assets. Kayde McMullen as the eldest son displays a dignified maturity, James Lastovic as his younger brother is genuinely sincere, and Sierra Barter is moving as a pregnant girlfriend. 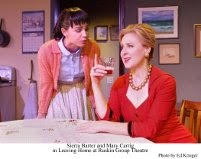 Unfortunately, without a program note informing us where or when to place the action, one assumed this was an Irish couple with American children sometime in the 1960’s. Only later research revealed it was Toronto, Canada and the accents were resettled Newfoundlanders which would explain the source of the fathers anguish.

The realistic family set is by Cliff Wagner, with lighting by Mike Reilly and costumes by Sarah Figoten Wilson.