SAFE AT HOME: AN EVENING WITH ORSON BEAN …in Venice 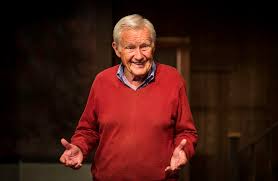 He’s back with his cheery jokes, his magic tricks and his sweetly sardonic comedy, but also to share darker stories from his life. After Broadway shows, multiple TV appearances and drama series, Orson Bean is appearing as himself. Here is the saga of a young boy breaking away from a terrible childhood into the magical world of stand-up comedy. He reveals that what kept him going throughout his life now seems to him a series of miracles. 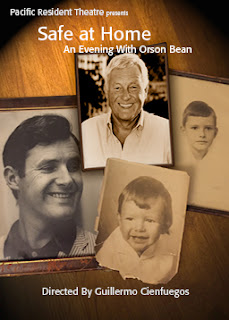 Handsome as ever and winsome as we knew him best we spend a delightful 90 minutes discovering who he really is. The inner life of a comedian is often shaded with tragedy that is only overcome by humor and optimism. That’s what this show is about and I recommend it unreservedly to all who remember the man and laughed at his gentle view of humanity.

Director Guillermo Cienfuegos sets a languid but intimate mood that draws in audience members to feel as though they are Orson’s special friends. The clever mix of humor, magic & melancholy works admirably throughout. Also, if you sit in the front row you might be lucky enough to be drawn into some amazing magic tricks.

At Pacific Resident Theatre, 703 Venice Blvd. in Venice. For tickets call (310) 822-8392 or online at http://www.pacificresidenttheatre.com.
*Wry Note: In the 1960’s when I was a young Broadway actress I was briefly in a show with Orson but, as often happens with a neophyte and a star, we never personally met.

Also reviewed in the March issue of NOT BORN YESTERDAY.  His memoir, Safe At Home, is available on Amazon.

Posted by THEATRE SPOKEN HERE by Morna Murphy Martell at 10:58 AM