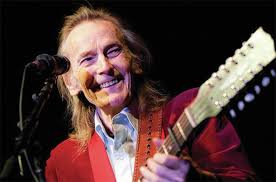 Saw Gordon Lightfoot (79) at the Saban, with his still rich voice, singing If You Could Read My Mind and Canadian Railroad. Over at Theatre West, Tesla, and at Theatre 40, Tom Dugan’s Wiesenthal. The LA Women’s Theatre Festival has Freda Payne, performing Ella Fitzgerald, First Lady of Song. Don't miss You In Midair, performed by Danna Schaeffer, mother of actress Rebecca Schaeffer whose life was cut tragically short when she was murdered by an obsessed fan. And all month The Hollywood Fringe Festival explodes with hundreds of solo shows. If you like one person shows there is a plethora of them this June.

ALBERTA HUNTER (Santa Barbara)
Cookin’ At The Cookery: The Music And Times Of Alberta Hunter. In my Hollywood Reporter days I often saw Hunter perform at the 8th Street Cookery Café. One of my favorite jazz artists, who can forget her unique style and salty repartee that made her a NY sensation at 83! This show brings her singular and improbable life story to the stage. Written, directed and choreographed by Marion J. Caffey, show features hits Sweet Georgia Brown and Darktown Strutters Ball. Did you know in 1928, she played opposite Paul Robeson in the London production of Show Boat at the Drury Lane Theatre?

THE LAST SCHWARTZ  (Santa Monica)
The Schwartzes are gathered upstate New York to say prayers for Dad a year after his passing. The whole family are at loggerheads, nobody seems to know what it is to be kinfolk anymore. Norma's husband hasn't spoken to her since she turned in their 15 year old son for smoking pot. After five miscarriages, it appears Herbs wife, Bonnie, won't provide him with an heir. Simon has one foot on the moon. Gene's girlfriend, Kia, is about to have an abortion. And its a comedy! Presented by West Coast Jewish Theatre at Edgemar Center for the Arts. 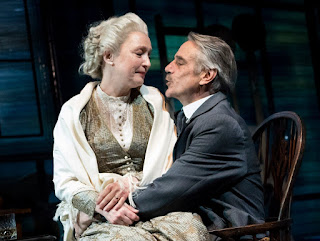 
The 1956 Broadway production, starring Fredric March and Florence Eldridge, inspired me to become an actress. Now Academy Award winner Jeremy Irons and Olivier Award winner Lesley Manville take on the roles of James Tyrone, an aging matinee idol, and Mary, his drug-addicted wife. Along with their two grown sons, Jamie and Edmund (O’Neill’s alter-ego), the most poisonous addiction is one they all share: the irresistible urge to stab at one another’s most vulnerable points, and then pretend they didn’t really mean it. Richard Eyre’s Bristol Old Vic production, comes to the Wallis Annenberg Center for three weeks.

WOOD BOY DOG FISH (Burbank)
The experience begins one hour before show time when the audience enters a mysterious and quirky carnival world with games, food, drink and surprises before they even find their seats. This immersive show has music, puppets, masks and amazing special effects. Written by Chelsea Sutton, directed by Sean T. Cawelti, it’s a modern, mature and delightfully macabre adaptation of The Adventures of Pinocchio by Carlo Collodi. The action is set in the tumbledown town of Shoreside, a tourist trap built around the legend of a terrible sea monster - the Dogfish. The Rogue Artists Ensemble, at The Garry Marshall Theatre.

On Broadway this musical, based on the short story The Ugliest Pilgrim, by Doris Betts, was nominated for four Tony Awards, three Drama Desks and three Outer Critics Awards. Set in North Carolina in 1964, a young woman with a scarred face rides a bus through the segregated South. She hopes a TV evangelist in Oklahoma can heal her scar, the result of a traumatic childhood accident. Along the way, Violet meets two soldiers, one black, one white, who teach her about love, courage and the true meaning of beauty. Actors Co-op on the campus of First Presbyterian Church of Hollywood.

Published in the June issue of NOT BORN YESTERDAY.