NBY COLUMN FOR MAY: MICHAEL SHERMAN - BOXING LESSONS - DIANA OF DOBSON'S - JULIUS WEEZER - BAD YEAR FOR TOMATOES - MISTAKES WERE MADE 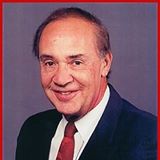 MICHAEL SHERMAN  (Everywhere)
Anyone who remembers the fun times upstate New York, in the Catskills, will enjoy Michael’s madcap routines as he impersonates beloved celebrities such as Jimmy Durante, Jack Benny, Louis Armstrong, George Burns and Ed Sullivan. He also sings, plays the harmonica and juggles a bit and, if you dare to sit close to him, he will even draw you into his act.

Ah! I remember my young days there, when I directed and performed live theater, at The Woodlands! Look for Michael at your nearby Senior Center or contact him at (323) 654-6505 or www.michaelsherman.biz.
BOXING LESSONS  (Hollywood)
In this new dark comedy, a famous writer dies and, as his family gather to box up his belongings, secrets come to light and old conflicts revive. Playwright John Bunzel was inspired to write about family by the conflicting emotions he experienced when his parents died, saying, “Love can be defined in many different ways and the serious substance underneath makes the comedy authentic.”  Directed by Jack Stehlin, at New America Theatre, 1312 N Wilton Place, Hwd. Tkts: (310) 424-2980 or www.newamericantheatre.com. Ample street parking.
DIANA OF DOBSON’S  (Glendale)
This 1908 drama by British suffragette Cicely Hamilton, a friend of George Bernard Shaw, turns the Cinderella myth on its head. Diana, an Edwardian shop assistant, is awarded a small legacy. When she decides to spend it all on a Taste of the High Life, she learns a bitter lesson about love, money and society. Says director Casey Stangl: “This is a play about the overworked and underpaid workers who maintain the very separate world of privilege that surrounds them.” At the Gindler Arts Center, 110 E Broadway, Glendale (Between N Brand & Artsakh). Tkts: (818) 506-1983 or www.antaeus.org

JULIUS WEEZER  (North Hollywood)
“Beware the Ides of March… in May!” warns The Troubies! It’s Rome 44 BC with Shakespeare’s ‘Julius Caesar’ mashed up with funk-rock riffs by the Weezer band. This show is part circus, part improve, part rock concert, and a loony adaptation of the classic play. A unique experience for theatre-goers of any age – so take the grandkids! Adapted, choreographed and directed by Matt Walker, artistic director of Troubadour Theater Co. At El Portal Theatre, 11206 Weddington St. NoHo. Tkts: (818)508-4200 or (866)811-4111 online www.elportaltheatre.com.
BAD YEAR FOR TOMATOES  (Beverly Hills)
In this wacky John Patrick comedy, a famous actress leases a house in Vermont to write her autobiography. To shoo away nosy neighbors, she invents a mad, homicidal sister (herself in a fright wig) who scares off visitors. However, a local handyman falls for ‘Sister Sadie’ and some local ladies decide to save the poor woman’s soul. When Myra says her demented sibling has gone off to Boston she comes under suspicion of murder! Directed by Larry Eisenberg, produced by David Hunt Stafford for Theatre 40. In Reuben Cordova Theatre, 241 S Moreno Dr. BH. Tkts: (310)364-0535 or www.theatre40.org. Free Parking.
MISTAKES WERE MADE  (Santa Monica)
It’s a Battle of The Sexes comedy by local playwright Jerry Mayer. He asks, can mistakes between husbands and wives, girlfriends and boyfriends, fathers and sons, ever be fixed? Dick’s mistake: He let a sexy, blue-eyed doll threaten his marriage. Jeff’s mistake: He turned down a dream job, then heard screams, “You idiot!” Mel’s mistake: He hired a famous money manager, who stole his money. Dick’s wife’s mistake: She trusted him, then learned of his affair so had one too. And that’s just the beginning! Directed by Chris DeCarlo. At Santa Monica Playhouse, 1211 4th St, SM. Tkts: (310)394-9779 or theatre@santamonicaplayhouse.com.

May 2019 Theater Column for NOT BORN YESTERDAY.
Posted by THEATRE SPOKEN HERE by Morna Murphy Martell at 9:05 AM