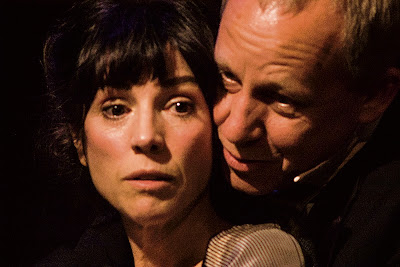 “A Doll’s House,” Henrik Ibsen’s play about a child wife coming to sudden maturity and walking out on her family, opened in 1879 and caused a sensation.

In this Pacific Resident Theatre production the entire cast is superb.  Jeanette Driver’s Nora, is a cheerful, loving “girl” who before our eyes transforms into a woman demanding respect; Brad Greenquist, as Torvald, shows us a husband who adores his wife but has not yet realized she is only a dream; Bruce French, as family friend Dr. Rank, is a man dying from loneliness; Martha Hackett, as Nora’s friend Mrs. Linde, portrays a woman whose hard life has made her clear-eyed but not cynical, and Scott Conte, as Krogstad, is especially poignant as a lawyer driven to crooked ways by poverty and hopelessness.

Director Dana Jackson brings the play to life by creating almost cinematic close-ups that illuminate each character’s emotional reality, joy and pain.  All the production values are simple: the set by William Wilday’s suggests the period, as does costume design by Daniella Cartun. Lighting by Noah Ulin, sound by Keith Stevenson and choreography by Elizabeth “Tiggy” McKenzie all serve the play effectively. English translation is by Frederick J. and Lise-Lone Marker.