In playwright Scott Carter’s intriguing new play, these three famous men of literature and politics meet after death to argue over their individual fascination with the Gospel. In life, each one edited and created his own version of the New Testament and we are witness to a delicious clash of personalities and game of words. Here is a haughty Thomas Jefferson, an egotistical Charles Dickens and a pugnacious Count Leo Tolstoy, locked in a room where they can debate for all eternity. Then, as they are confronted with the hypocritical secrets in their personal lives, we are faced with the question – does the good they brought to mankind excuse their bad behavior? Well, according to the author, you’ll have to decide that for yourself. 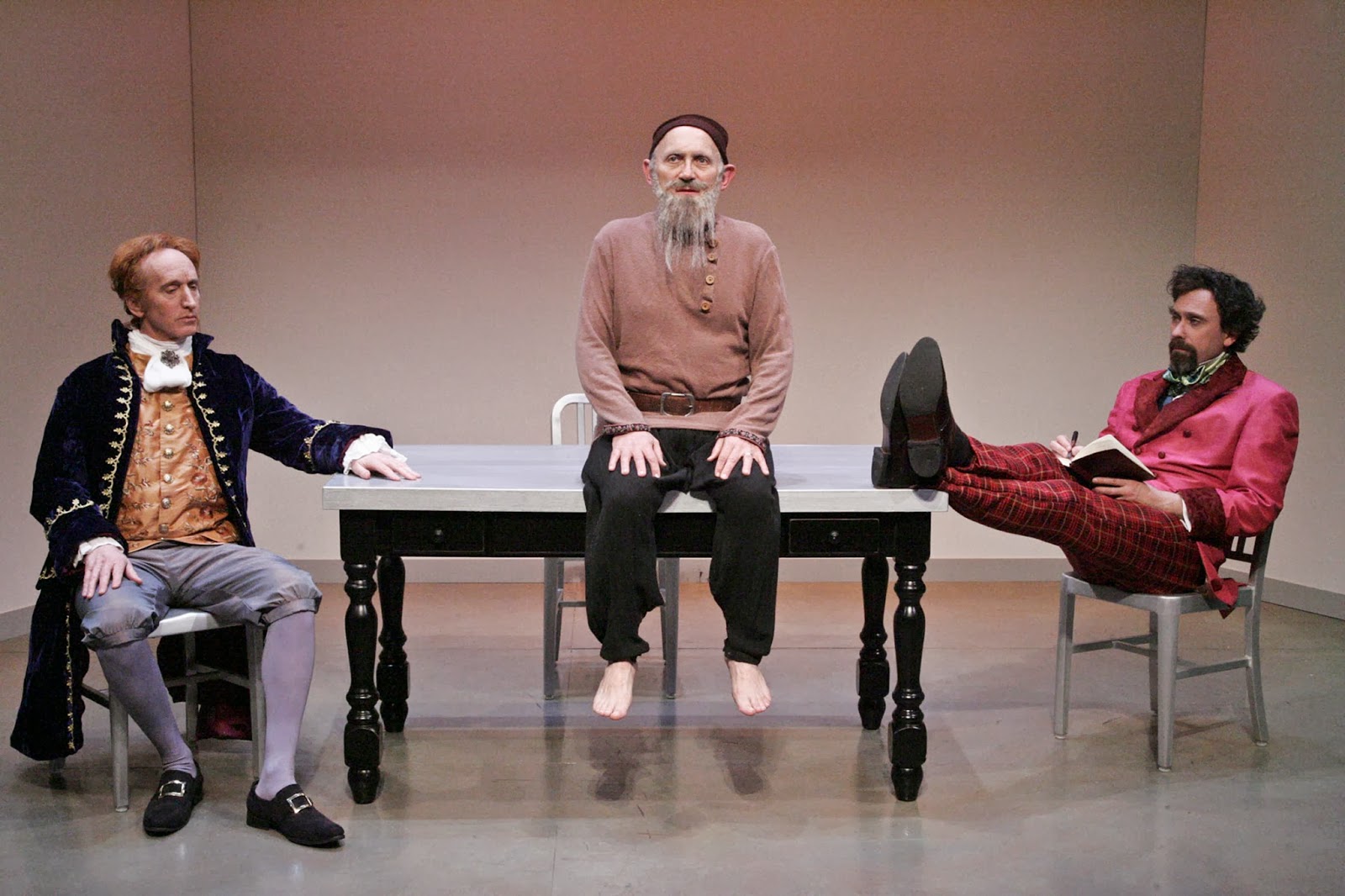 Under Matt August’ stylized direction, Larry Cedar, as Jefferson, gives emotional depth to a man ruled by his keen intellect; David Melville, as Dickens, is humorously bombastic and eccentric; while Armin Shimerman portrays a grim Tolstoy with a hair trigger temper – no fault to the actor but hardly fair to the man whose pacifism influenced Gandhi! 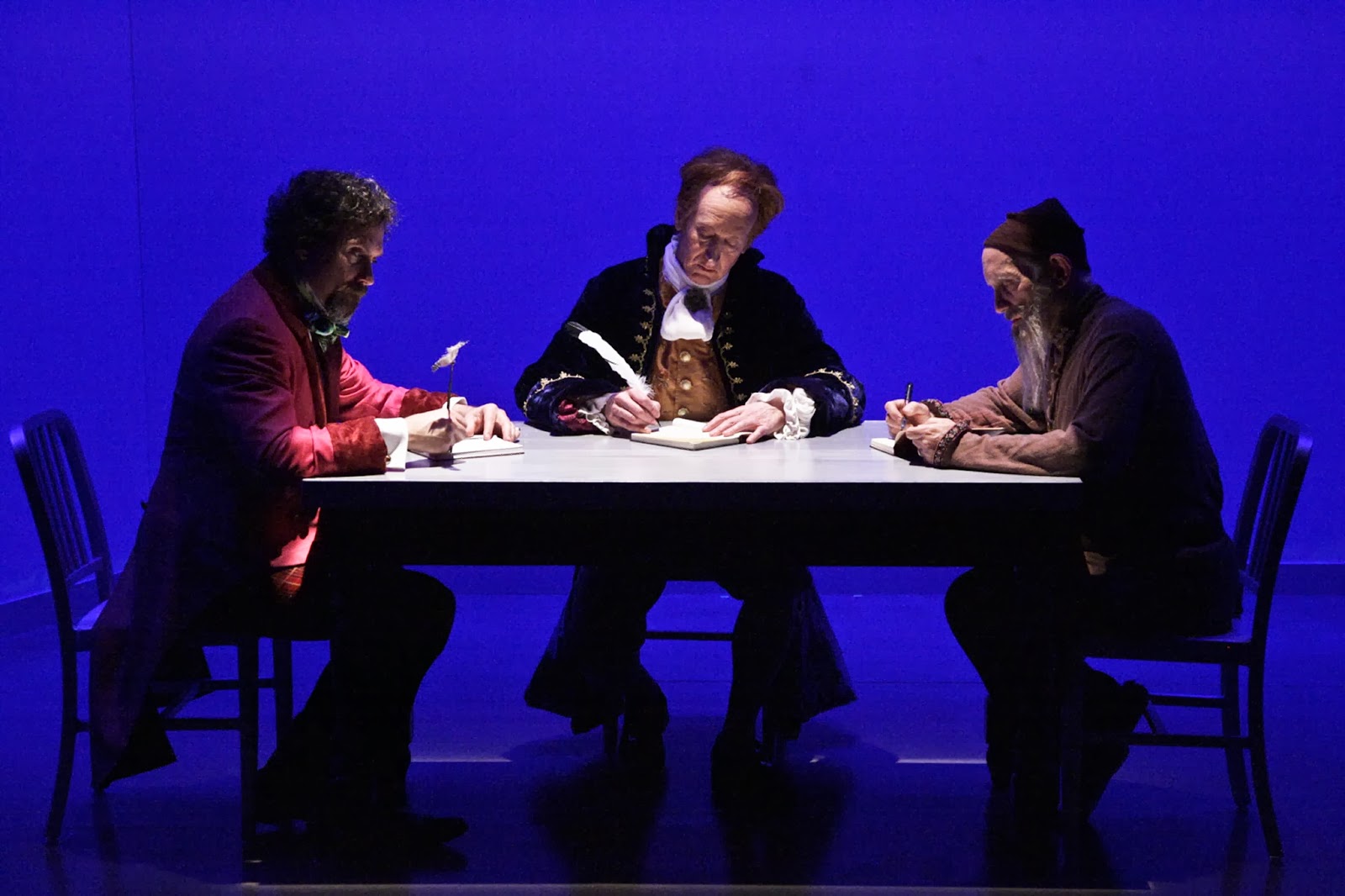 Reviewed in the February issue of NOT BORN YESTERDAY.
Posted by THEATRE SPOKEN HERE by Morna Murphy Martell at 11:25 AM