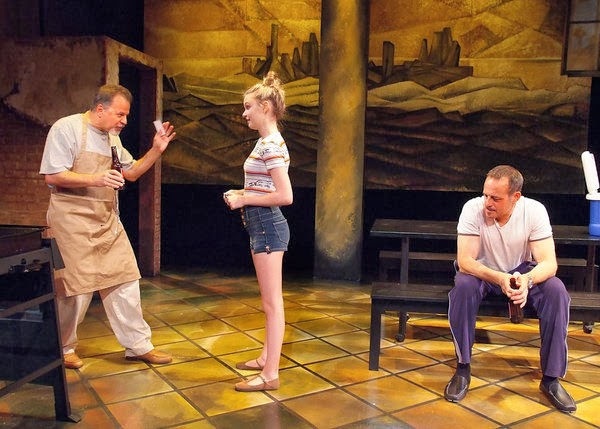 Nothing is what it seems in playwright Eric Rudnick’s wacky tale of double and triple cross in modern-day Hollywood. If we accept the truth of what is before our eyes, e.g. a loving if eccentric father, a delightfully bratty kid, a talented wannabee actress and a sympathetic neighbor, then the trick is on us. 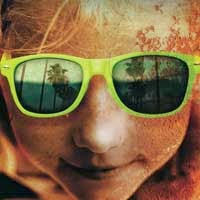 Here’s the plot as it unfolds: an unemployed writer is married to a rich woman he cannot divorce without losing everything. He hatches a plot to get her to divorce him by having his mistress impersonate a psycho-analyst who, through auto-suggestion, gets his teenage daughter to recall him sexually abusing her when she was six. Hi Ho, apparently the scheme works – he gets the divorce and $7 million pedophile-separation pay. However, in the end, the scam turns on itself and one discovers this jigsaw puzzle was not assembled honestly. 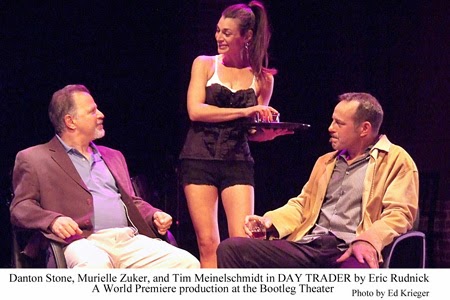 Still, the confusion is amply relieved by a wonderful cast that glow under Steven Williford’s brilliant direction. Danton Stone is delightfully shy and devious as Dad; 14 year old Brighid Fleming is amazingly sharp and self-contained as his outspoken daughter; Tim Meinelschmidt is a genial cipher as his supposedly helpful friend, and Murielle Zuker is beautiful, enigmatic and sylph-like whether as waitress, therapist, or lover. Mo Gaffney is an offstage voice warning about Day Trading, and effective emphasis is added by onstage drummer Josh Imlay.

Undaunted by the Multi-Media, Jazz-Bar, Warehouse-at-the-Bootleg experience, the Scenic Design by Stephen Gifford, Lighting by Jared A. Sayeg, Sound by Ivan Robles and Costumes by Michele Young capture the LA scene succinctly.

This World Premiere co-production is from Bootleg Theater and Small American Productions, and plays through February 16th.  At The Bootleg Theater 2220 Beverly Blvd. Los Angeles. Tickets at (213) 389-3856 or www.bootlegtheater.org