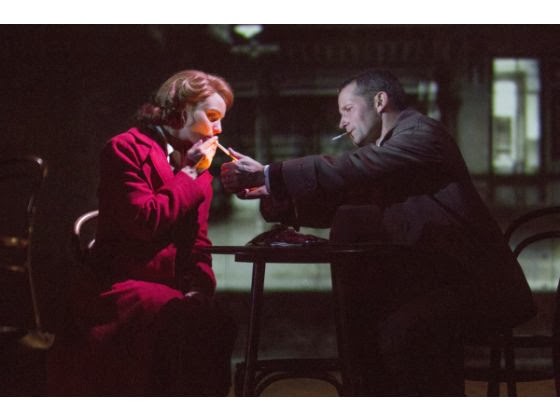 When I was a child, a young mother in my English town took her life when her lover moved away. While experiencing this play, that captures the sublimity of perfect love, I finally understood what depth of feeling might have driven her to it. To adaptor & director Emma Rice, theater not only consists of language because, as she demonstrates, love and longing are visceral; here is a roaring sea in the mind, there a fall to the floor when approached by the beloved, all a visualization of the swept-away feeling that overcomes lovers. 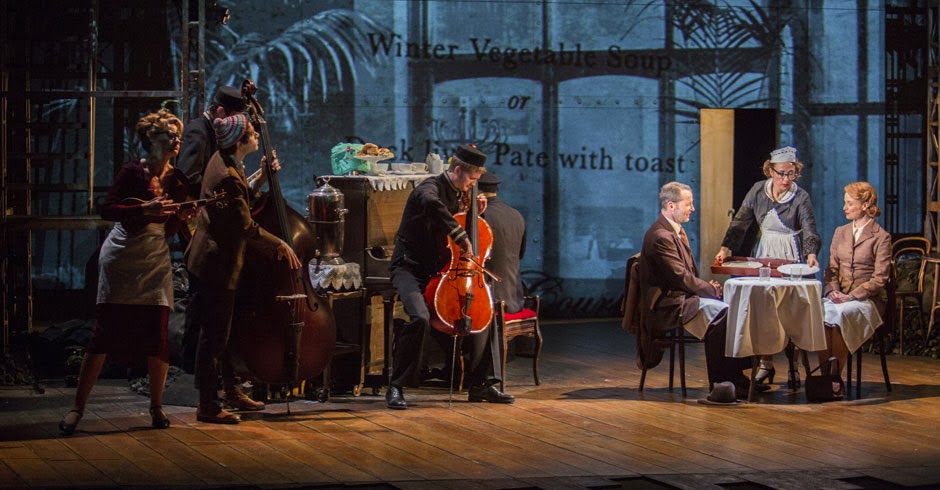 Coward’s simple tale of two people meeting in a railroad tea shop in 1938 is transformed into an exuberant ballet where various aspects of love – the forbidden, the carnal and the adolescent – combine to show the passionate reality that love brings to mundane daily life. All of this Rice accomplishes through musical numbers, film projections and vaudeville turns by her brilliant multi-tasking performers. 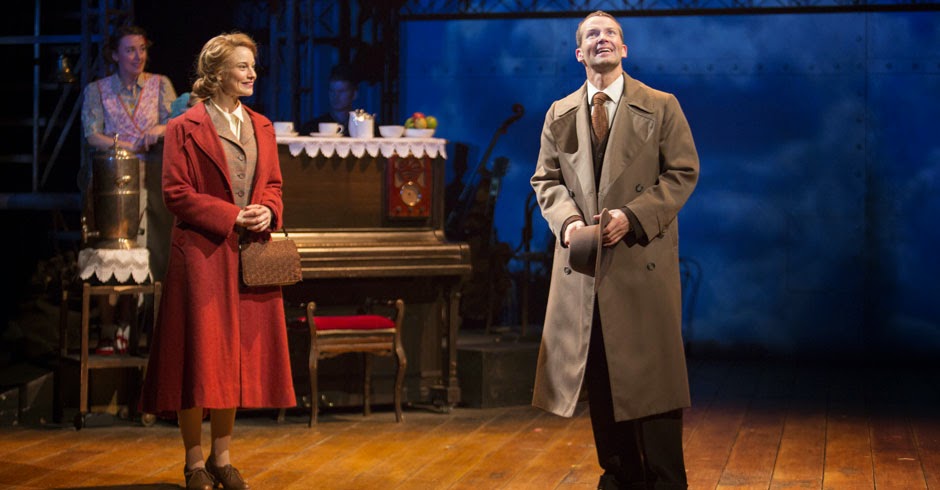 The mostly British cast, many from the original Kneehigh Theatre UK production, are headed by Hannah Yelland who, as Laura, captures the stiff-upper-lip bravado of a gracious British housewife struggling against a passion that might wreck her life; Jim Sturgeon as Alec is a decent chap unable to resist the pull of a promised love; 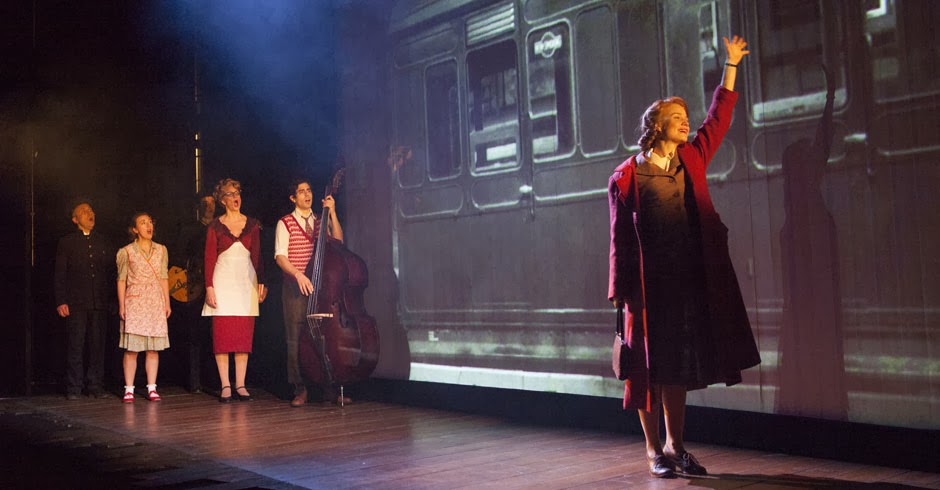 Annette McLaughlin as Myrtle is a sassy broad with singing and dancing talent to spare; Joe Alessi plays her lover Fred, a cheeky train dispatcher one moment, then Albert a solid understanding husband; Dorothy Atkinson plays Beryl, a cheeky teenager, as well as a loquacious grande dame, and Damon Daunno as Stanley is an eager beaver wanna-be Romeo.