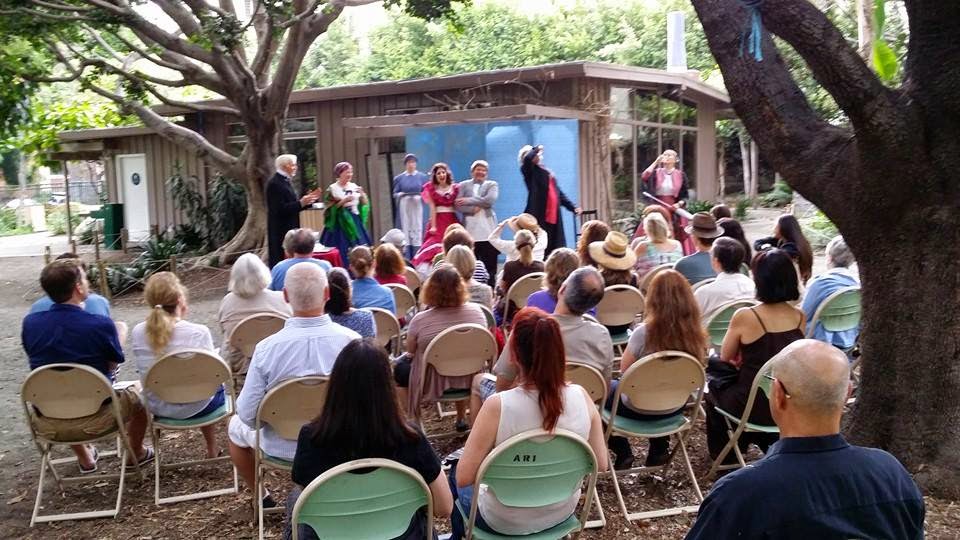 Every summer the Classical Theatre Lab and the City of West Hollywood present free outdoor shows and I was able to catch this very funny play on its final weekend at Kings Road Park. Expecting a dour Russian comedy, I was delighted to discover a totally wild and wacky adaptation of an old chestnut.

Director Mel Green, the main updating suspect, has taken Aleksander Ostrovsky’s classic play and transformed it to a totally modern social comedy. Causing an uproar in Russia when published in 1850, the subject is just as pertinent today in our modern world of greed and financial trickery. 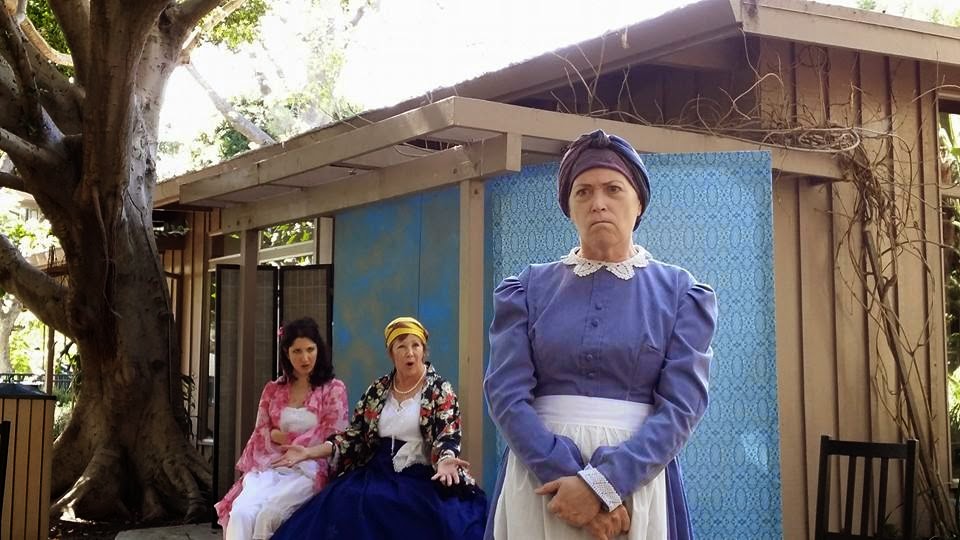 Outdoor theater demands that actors not only be seen but heard, and this excellent company win kudos on all counts. There is the rich conniving businessman (Joe Hulser) with an ambitious daughter wanting to marry up (Lonni Silverman); the scornful wife holding on to pretentions of society (Karen Tarleton); the surly housekeeper (Rachel Sorteberg); the saucy boy (Riley Dandy), and their unctuous peasant servant with a lust for the daughter and an eye to his future (Darryl Armbruster).

Complicating matters, from outside comes their tippling looney lawyer (Donald Wayne), and the snobbish local yenta (Kaye Kittrell). However, as in some families, this affair turns out badly for some but is delightfully amusing for us.

Produced by Suzanne Hunt, Laura James and Alex Wells, with costumes by Natalie Shahinyan. Photos by Garth Pillsbury.
For info call 323-960-5691 or classicaltheatrelab@gmail.com.
For upcoming shows visit their website www.classicaltheatrelab.org.

Posted by THEATRE SPOKEN HERE by Morna Murphy Martell at 10:48 AM