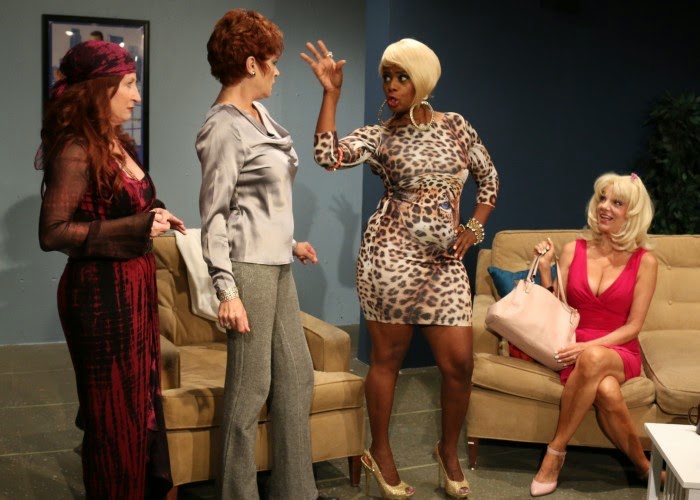 If you’re a television fan you will absolutely love this hilarious send-up of all that’s funny and sad and cruel about the TV biz. In fact, this Meet & Greet is clearly ready for prime time.

Here are four female stars of stage and screen, all up for the same lead in a TV show. Greeting them is a mincing male receptionist, a cute guy, very Hollywood. With four Divas waiting to be interviewed, in no time at all egos clash, old rivalries surface, cat-fights erupt, and the familiar panic of Has-Been-ism shatters their facades. One wishes the authors had explored this inner world more deeply but, even if the denouement goes for the laugh instead of the soul, hey, it’s never boring!

An Emmy award to each of the terrific performers: to Brendan Robinson as the bitchy and funny casting assistant; Carolyn Hennesy as the haughty and elegant Broadway star; Vicki Lewis as the neurotically raging ex-sitcom star; Teresa Ganzel as the zoftik blonde Queen of QVC, and Daniele Gaither as the quick-tempered African-American reality-show star.

We never doubt that each of these gals were once stars of the first magnitude and deserved their celebrity.