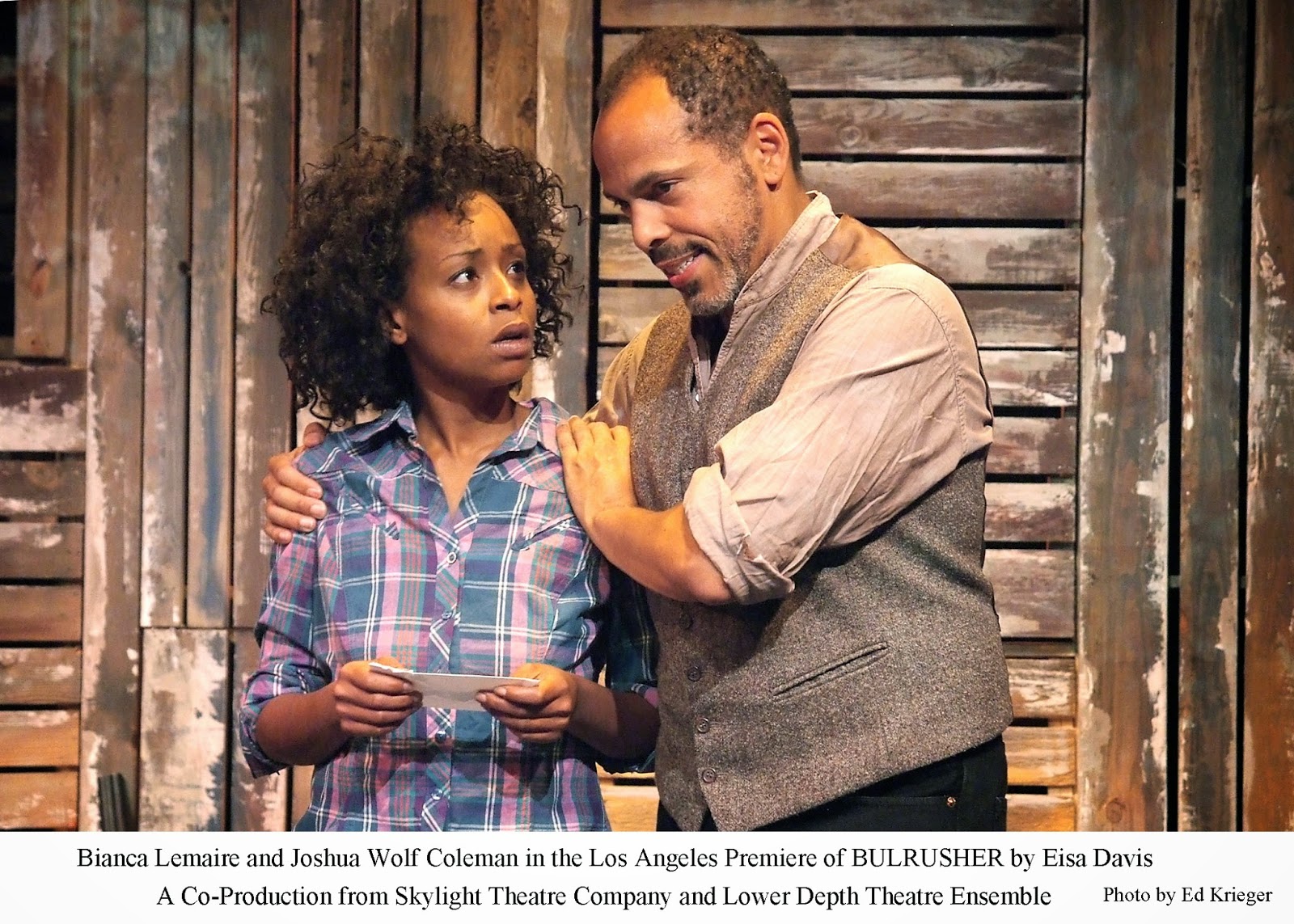 Playwright Eisa Davis has woven a poem into this play about a young black girl who, as an infant, was found in the weeds along a river. Growing up in a small Northern California town in the 1950’s, cut off from mainstream civilization, she lives in a harsh world. However, the river has given her a magic ability to see into people’s lives through water. 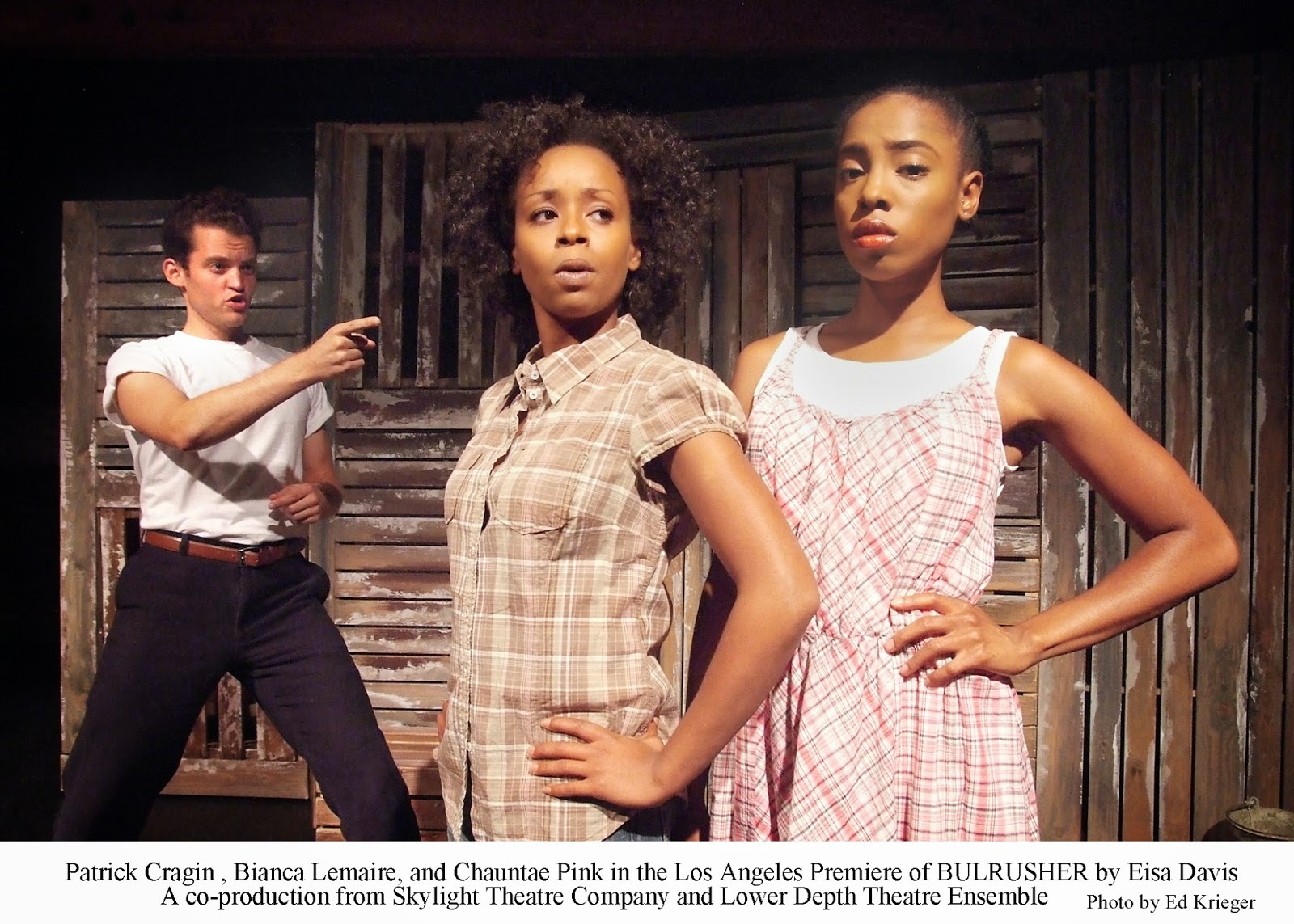 When a black girl her own age appears on the rain-swept roadway, life explodes open for the orphaned girl. Through this deep friendship she finally experiences tenderness and acceptance and discovers the truth of who she really is. Although she fights against giving up her powers, in the end she embraces life by joyously relinquishing them. 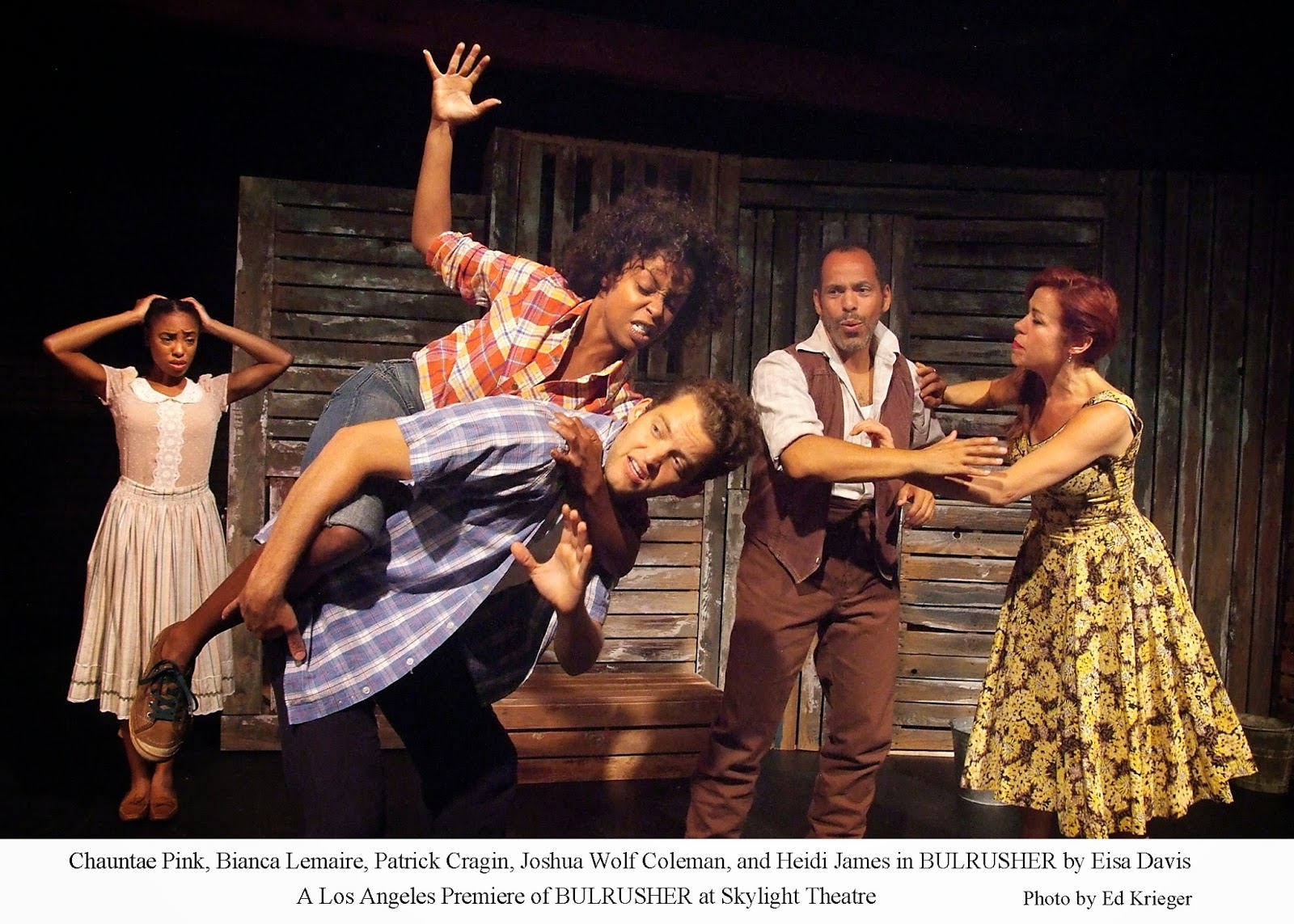 Under Nataki Garrett’s eloquent direction, Bianca Lemaire is luminous as a child rescued by a cold man who gives her shelter but no affection. Chauntae Pink is the friend whose loving presence opens up her clenched heart; Patrick Cragin is a yearning yet rebellious young man who dares not recognize what he really wants; Heidi James is an enigmatic brothel owner whose anger protects her from true feelings; Joshua Wolf Coleman is a man whose lusts are attempts to feel accepted where he has been cruelly rejected, and Warren Davis is a kind but silent man avoiding life because he is always reaching for the unattainable.

Co-produced by Skylight Theatre Company and The Lower Depth Theatre Ensemble. At the Skylight Theatre, 1816 ½ North Vermont, LA, through Sept 28. For tickets: (213) 761-7061 or http://skylighttix.com. Photos by Ed Krieger.
Posted by THEATRE SPOKEN HERE by Morna Murphy Martell at 5:26 PM