Poland, 1928. Strangers on a train meet and chat and, even through the veneer of small talk, we soon get the picture. The handsome young man is a successful businessman from Russia, and Jewish. The chatty peasant girl is a Polish army nurse and blatant anti-Semite. She boasts that she can spot a Jew from across the room, but he has slipped under her radar. Angry, and with amused contempt, he plans to draw her to him and after their first passionate kiss (or more) tell her he’s Jewish. Ah, the plan is a good one under the circumstances, a well deserved reproof, until he recognizes under her naiveté a fragile girl and falls in love with her. They spend three days in Zacopane, a luxury resort, and the secret that divides them becomes an ominous shadow. 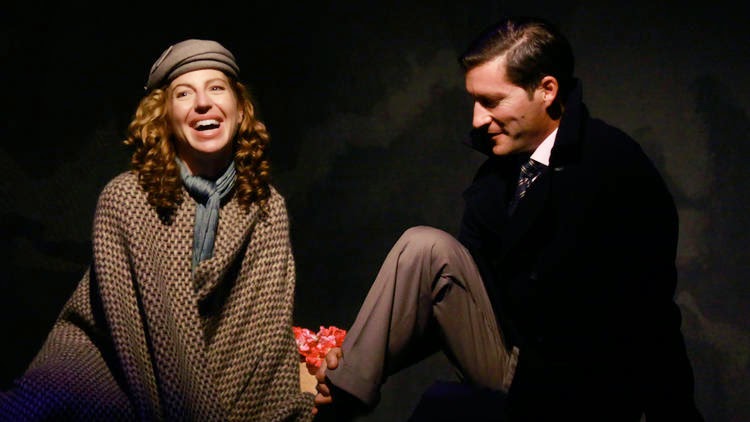 Based on his own father’s youthful true story, Henry Jaglom has created a simple yet persuasively real situation where we are like flies on the wall observing people as if in real life. All this is overshadowed by our modern awareness of what the blatant anti-Semitism in Poland led to during the Nazi occupation. Here it is the elephant in the room, and the final confrontation is a powerful statement on the tragedy guaranteed by racism. 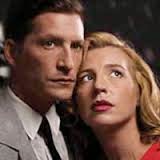 Tanna Frederick is superb as Katia, blossoming from a frowsy chatterbox into a passionate vulnerable woman; Mike Falkow matches her as Semyon, a sophisticated charmer opening into an emotionally honest man. Also excellent are Cathy Arden as a worldy-wise actress, Stephen Howard as a bigoted priest, Jeff Elam as a wary doctor, and Kelly DeSarla as a fun-loving flapper.

Written by Henry Jaglom and directed with great sensitivity by Gary Imhoff. The complicated yet  exquisite sets are by Chris Stone. Produced by Alexandra Guarnieri and presented by The Rainbow Theatre Company in association with Edgemar Center for the Arts. At the Edgemar Theatre, 2437 Main Street, Santa Monica. Tickets: (310) 392-7327 or www.edgemarcenter.org. Don’t miss it.
Also reviewed in the January issue of NOT BORN YESTERDAY.
Posted by THEATRE SPOKEN HERE by Morna Murphy Martell at 11:54 AM