THE MEMORY OF WATER ...Santa Monica 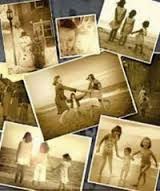 If you enjoy family get-togethers that end in screaming matches and only fall short of mass murder this is your kind of show. A hit in London's West End, it won the "Laurence Olivier Award for Best Comedy" for author Shelagh Stephenson.  Actually, its a great opportunity for female actors who need to go full throttle.

The only domestic violence was by the women as they rocked the earth with sibling rage while their men were unbelievably forbearing. Mom is dead and apparently she had Alzheimers. Well, she is there from the distant past in one daughter’s memory and seems quite savvy. There’s a family secret – when isn’t there – but what this has to do with dementia one never discovers.

Happily, the cast are all excellent. Danette Garrelts is often moving as the successful but haunted doctor-sister; Alexa Asjes has an hilarious meltdown as the homebody sister, while Jasmin De Main plays the hysterical youngest as possibly certifiable.

Bette Smith is a little wispy as the gentle ghost of Mom; Frank Krueger is adorable as a philandering lover, and beleaguered husband Ralph Radebaugh has the patience of a saint amid all the ruckus. 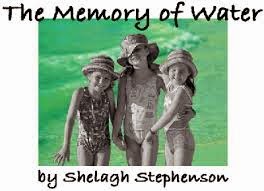 Relocated to a wintry New England setting, the play is directed full blast by Vincent Lappas. It was adapted by Stephenson for the 2002 British film, ‘Before You Go,’ starring Julie Walters and Tom Wilkinson and directed by Lewis Gilbert.

Also reviewed in the February issue of NOT BORN YESTERDAY
Posted by THEATRE SPOKEN HERE by Morna Murphy Martell at 11:41 AM