TIGER BY THE TAIL …North Hollywood 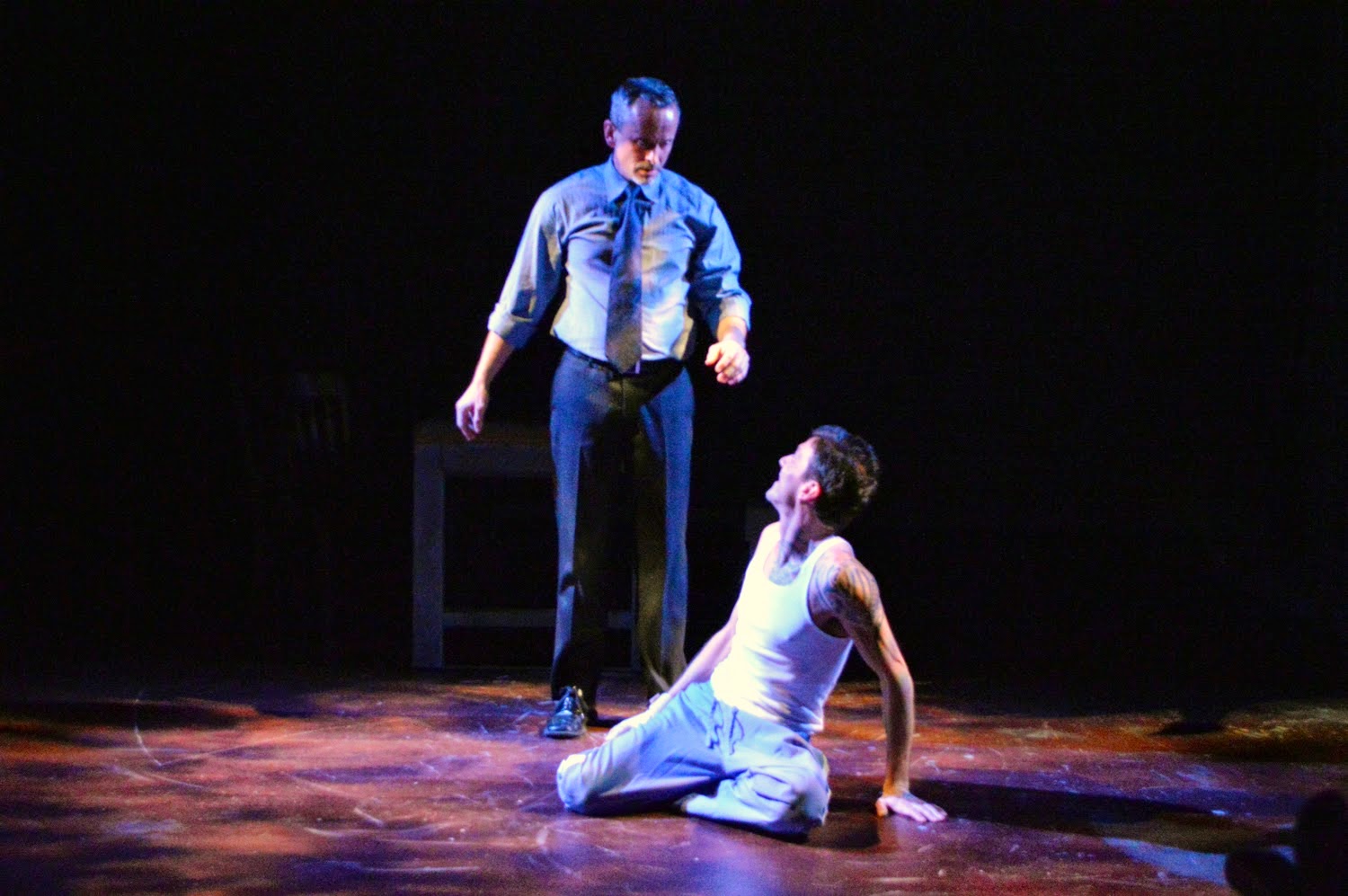 This is the West Coast Premiere of a love story between two isolated disparate men, a gay therapist in Los Angeles and a straight prisoner in Florida.

It starts with an ad in a gay newspaper by a prisoner looking for a friend to write to him. Caught by the man’s obvious erudition (and vivid poetry) the therapist is drawn to respond. The play covers a period of years where their relationship, through words read aloud, develops from caution to suspicion to rejection then to total acceptance, compassion and love.

Through this passage of time, there are scenes of violence that are hard to take and often the difference in the two men’s situation borders on mockery. How easy it is in the comfort of a California home to exchange loving words to a man under daily torture. Yet somehow, author Frawley Becker manages to break down that wall so we believe that the emotions each expresses are genuine and that unconsummated love can be real. 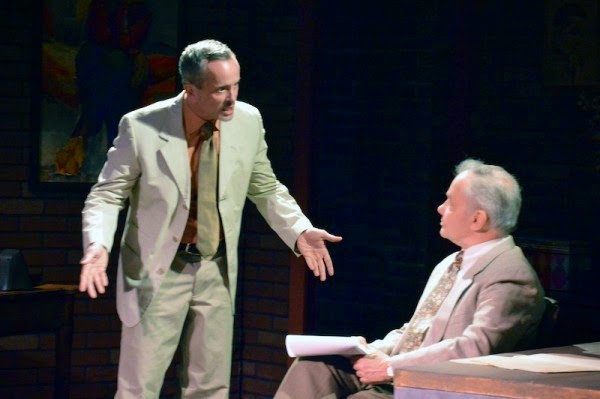 Bravo to the actors, especially Michael Taylor Gray as the troubled therapist, and Dave Buzzota as the eloquent prisoner, as well as the cellmates - boyish Michael O’Neil Callaghan, raging Marco Antonio Parra, and guileless Steven West. The guards are played with fierce mockery by Bob McCollum and Todd Andrew Ball. Psychiatrist friend Lloyd Pedersen doubts that this is any more than fantasy while prison reformer Lareen Faye shows empathy.

Director Jules Aaron balances the dramatic tension admirably even though the prison segments are often harrowing. The dramatically contrasting set is by Chris Winfield, with lighting by J. Kent Inasy, sound by Steve Shaw, and costumes by Angela M. Eads. Produced for The Group Rep by author Becker and Richard Alan Woody.
At The Lonny Chapman Theatre, 10900 Burbank Blvd., North Hollywood 91601. Tickets/info: (818) 763-5990 or www.thegrouprep.com. Through April 19. Plentiful street parking.
Photos by Doug Engalla

Also reviewed in the April issue of NOT BORN YESTERDAY.
Posted by THEATRE SPOKEN HERE by Morna Murphy Martell at 2:36 PM