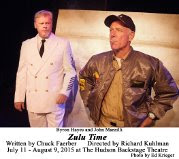 Author Chuck Faerber, who did two tours of duty with the Navy in Vietnam, sets this play on an aircraft carrier carrying 3,000 men. Led by a half-mad commander, whose mission is to teach the men below him to be able to kill without an instants pause, there is no room for fairness or doubt on this man’s ship. 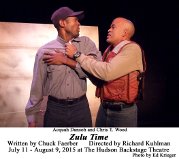 It begins when the ship is conducting flight training over the Mojave Desert, and the reactions to the Watts riots precipitates a violent confrontation. Later, when they are in the Gulf of Tonkin, sending death across nearby jungles, they hear of the assassination of Dr. Martin Luther King. 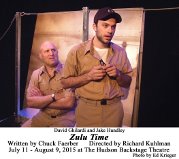 There is an ironic parallel, when the speeches of a fanatical WW II Japanese commander are juxtaposed against the American commander’s demand for unblinking obedience. Whether the enemy are soldiers or children, killing is the purpose.

This requires closing off human feelings and normal reactions but, in the end, the play suggests that we can move into a more enlightened era. 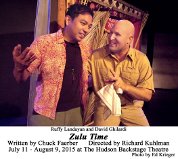