THE TEMPEST …in Griffith Park 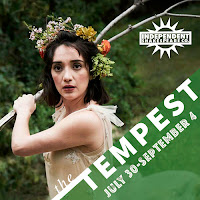 Having directed over a dozen Shakespeare plays I must admit TEMPEST is my favorite. Prospero, a cruelly exiled Duke, has lived for 12 years on a magical island with his now beautiful daughter, Miranda. With his knowledge of sorcery, and power over the island spirits, he is able to summon up a storm that delivers his enemies to his shore.

He plans to revenge himself on the murderers, and punish the fools, but among them is one kind-hearted soul and an innocent boy. This knowledge stays his hand. 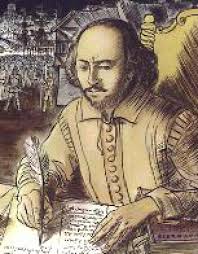 In this play Shakespeare himself, after stories of intrigues, murders, passions and tragedies, sums up his life and work with a final message. As David Melville, ISC managing director says, “He was very conscious of his own approaching mortality and his retirement from the stage. The Globe was his little island where he led the narrative and created all these fantastic characters, so when Prospero breaks his staff, it’s akin to Shakespeare putting away his quill. Ultimately it’s a play about forgiveness, one of the most powerful things to experience in life and on stage.”

It’s a family-friendly play, full of magic and spirits, with many fantastical elements, a number of great clowns, a romantic story of young love, and a happy ending. Directed by Matthew Earnest, with Thom Rivera as Prospero. 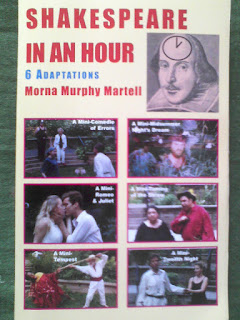 Outdoors at the Old Zoo in Griffith Park. Free parking. It’s an uphill walk to the theater so call if you need a ride. Bring chairs or blanket, older children are welcome, but dress in layers as it gets chilly later. Information (818) 710-6306 or www.iscla.org

Also covered in the August issue of NOT BORN YESTERDAY.
Posted by THEATRE SPOKEN HERE by Morna Murphy Martell at 3:06 PM