Dear Reader:
Seems everyone goes to the movies, or sit home and watch TV, but for some reason live theater is not on their agenda. As a British-born theater professional, what I learned from seeing great stars onstage, there’s a bond between actor and audience that can only be experienced that one time, since every performance and every audience is different. Film and TV freeze this intimate relationship into a mechanical experience. So, here are some live shows I recommend that may just be in your neighborhood.

LOVE NEVER DIES (Hollywood)
Andrew Lloyd Webber has done it again. It’s ten years later, The Phantom still loves Christine, has written a new song and, if he can persuade her to sing it, she’s his forever. Complications are her husband and a darling son, but the song is proof that love never really dies. The music is grand, as are the singers, and even with no chandelier the sets and costumes amaze. This sequel to ‘Phantom of the Opera’ should enthrall fans of that beautifully melodramatic show. At the Pantages. 866-755-2929.

THE IMMIGRANT  (Sierra Madre)
In Texas, in 1909, an immigrant Jewish fruit peddler is befriended by an older Christian couple. It’s the true story of how a Jewish refugee from Russia made a life in America. Written by Mark Harelik and directed by Simon Levy. Because the challenges facing immigrants today are no less urgent than they were 109 years ago, there are post-show discussions with panelists on immigration issues. Sierra Madre Playhouse, 87 W. Sierra Madre Blvd., Sierra Madre. Free parking behind Playhouse. Reservations: 626-355-4318 or www.sierramadreplayhouse.org

This delightful comedy, written with tongue-in-cheek by Howard Skora, is about an LA actor  forced to go back to Brooklyn and work in his family business. He is soon confounded by his dysfunctional family and, when he discovers how the furniture got damaged, he also realizes what lead him to become an actor in the first place. Directed by Jim Fall. Runs Saturday Evenings (only) at 8:00 pm. At Whitefire Theatre, 13500 Ventura Blvd. in Sherman Oaks.
Tickets: damagedfurniture.brownpapertickets.com 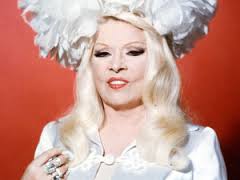 On Broadway in 1926, Mae West was writer, director, producer and star in this raunchy comedy. The show was a hit but West was arrested for obscenity and served eight days in jail. The plot: Margy, a successful sex worker in Montreal, accused of a crime she did not commit, heads for New York acquiring lovers along the way. Between the police, criminals, hypocritical high-society types, and two men who love her, Margy has her calendar full! Directed by Sirena Irwin. Produced by Buzzworks. At Hudson Theatre, 6539 Santa Monica Blvd., Hollywood. Tickets: Hudson Box Office or https://dime.io/events/buzzworks-sex
CARDBOARD PIANO (Long Beach)
A wedding ceremony in Uganda between an American missionary and a local teenage girl is disrupted by violence when a child soldier, fleeing the atrocities of war, stumbles into their church. South Korean playwright Hansol Jung’s haunting drama confronts the religious and cultural roots of intolerance, as well as the human capacity for hatred, forgiveness and love. International City Theatre, 330 East Seaside Way, Long Beach. Tickets: 562-436-4610 or InternationalCityTheatre.org. Recommended for mature audiences, ages 16 and up.
Posted by THEATRE SPOKEN HERE by Morna Murphy Martell at 8:22 PM