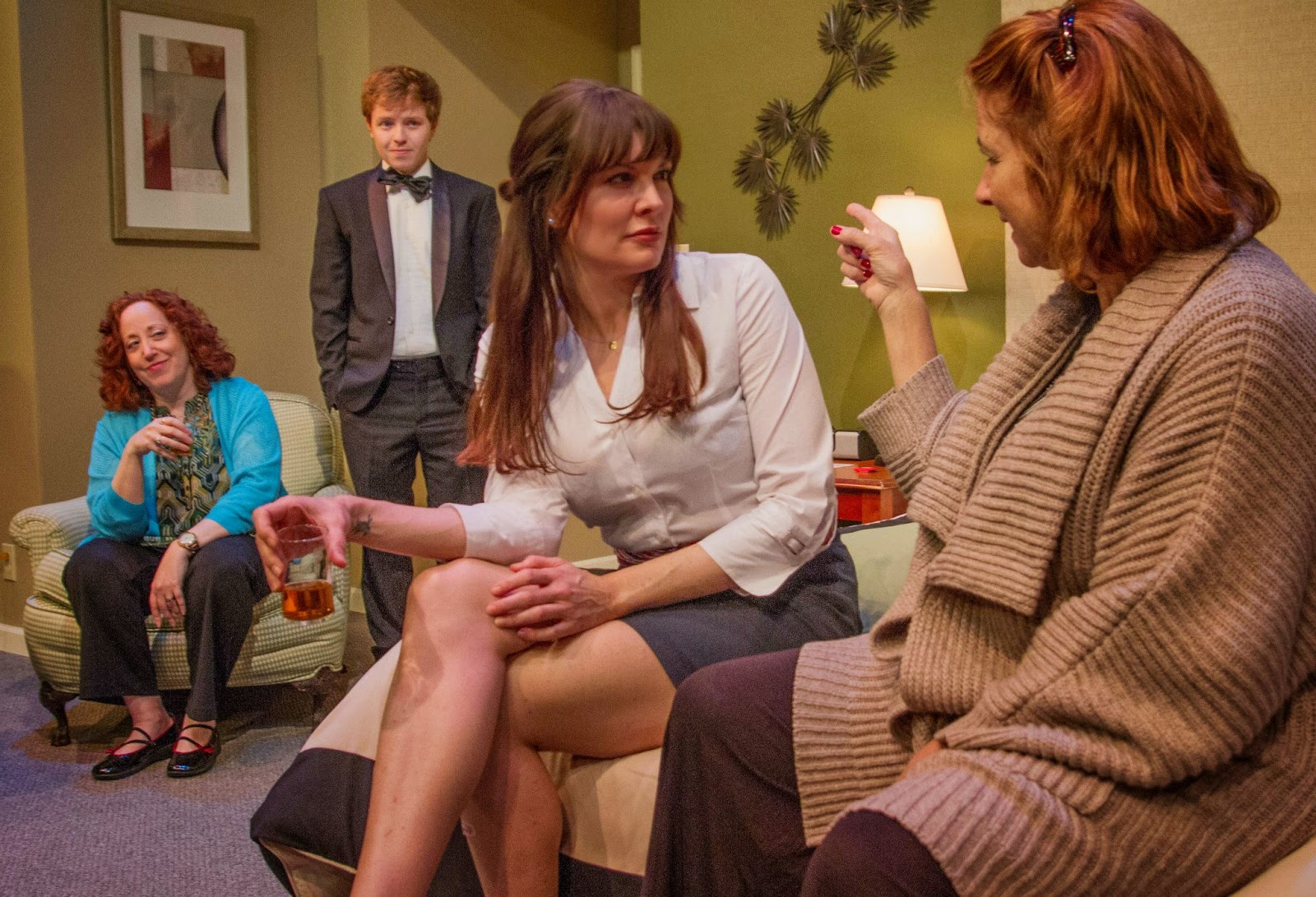 Its girls night out in this amusing story of three airline stewardesses holed up in a travelers hotel outside Chicago’s O’Hare Airport. With a five a.m. call looming nothing much happens until the arrival of a teenage boy in a tuxedo - an escapee from his prom. Apparently he has just been jilted by a haughty date and has come by to sell some pot - which in this story is still illegal. 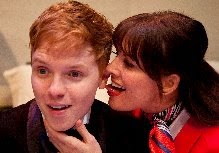 Author Marisa Wegrzyn delivers a portrait of female friendship that rings true. Although it’s supposed to be happening in the present, the play has a past sensibility which adds to its charm. How each of the women deal with him – one is motherly, another a seductress, the third a pal – brings perspective to all of their lives.

Under Mary Lou Belli’s flawless direction these ever-so-real performances flower. Heading the excellent cast is Carlyle King as life-weary Beth longing to make a happy landing; matching her is Whitney Dylan as seductive Sam disoriented by the demands of motherhood; Amy Tolsky is endearing as a wistful Angie whose wings were clipped long before, and truly touching is Adam Farabee as angry naïf Jonathan ready to take off into a new life. 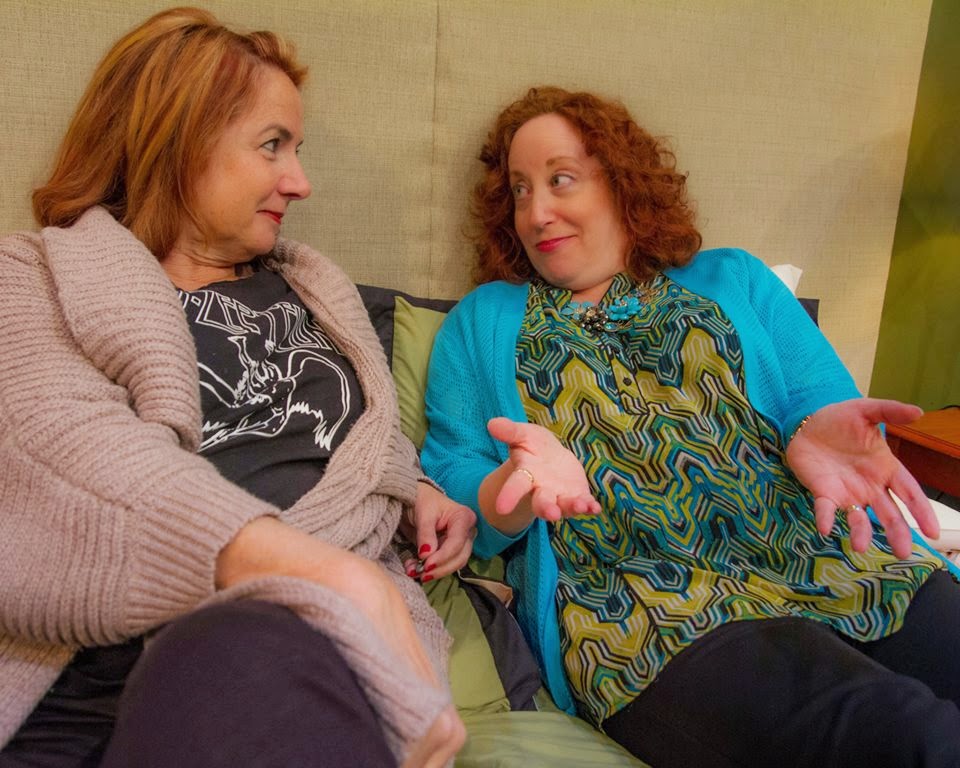 
Photos by Geoffrey Wade.
Also reviewed in the May issue of NOT BORN YESTERDAY.