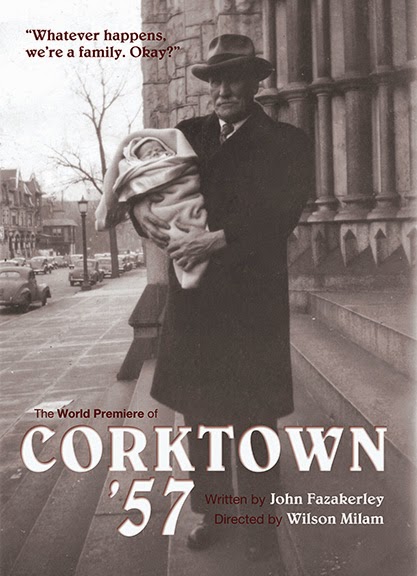 The Black and Tans were a well-paid, voluntary military force brought into Ireland by the British government in 1920 to crush the Irish Republican Army (IRA) in their war of independence. Composed of WW1 veterans, hoodlums, and even ex-convicts, they became infamous for their murderous attacks on civilians and civilian property.

In this play, set in Philadelphia in 1957, that cruel history collides when an ex-IRA father meets his traitorous son and the battle lines are drawn. Author John Fazakerley’s engrossing play goes far deeper than a mere family saga, showing that the wounds of a vicious past still bleed and for some there can never be forgiveness.

Under Wilson Milam’s masterful direction these events cover a few impactful days in 1957 when a naïve younger brother attempts to bring closure to a family rift. Nick Tate is unforgettable as the wily patriarch still seeking justice, and matching him in intensity is Andrew Connolly as the prodigal son.

Rebecca Tilney is dynamic as a fiery patriot; Josh Clark is a jaded realist; Kevin P. Kearns and Belen Greene are a couple divided by righteous anger; John Ruby, Natalie Britton and young Jonah Beres are a family rent apart by their own and others pain.

Note: My feisty Dublin grandmother, Kathleen Merne, was an IRA member as a young girl and from her I learned of Black and Tans atrocities that never made the history books.
Posted by THEATRE SPOKEN HERE by Morna Murphy Martell at 10:48 AM