ORGASMO ADULTO ESCAPES FROM THE ZOO …in Westwood 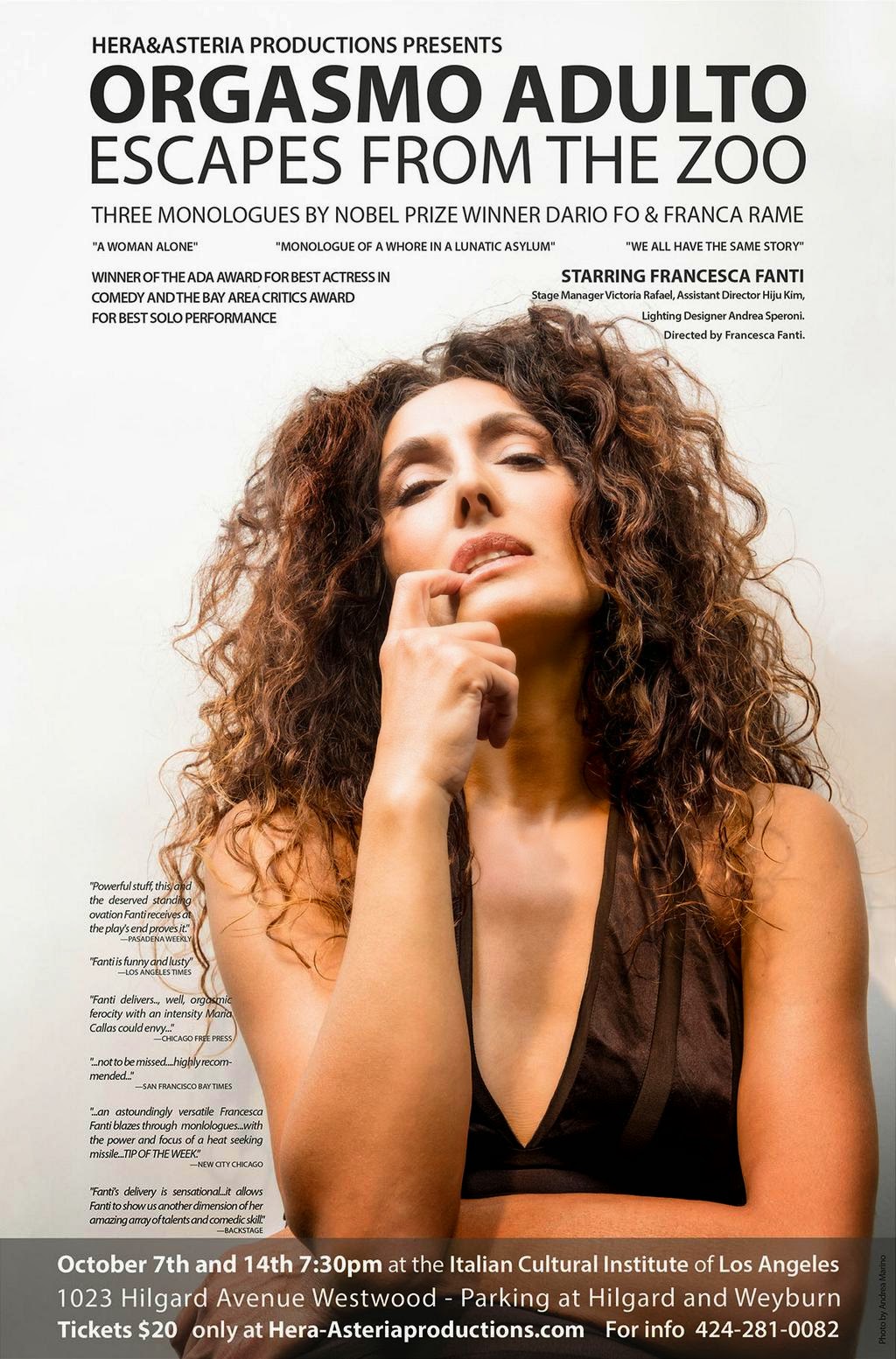 Three monologues by the spousal team of Franca Rame and Dario Fo, about the subjugation of women in Italy, are performed with tempestuous bravura by the brilliant Francesca Fanti. In the first (and best) play a women is locked in her apartment by an abusive husband and talks across an invisible courtyard with a friendly neighbor, telling of her yearnings and why she is being punished for embracing life unashamed.

In the next play she is a prostitute, in an orange jumpsuit, jailed for taking revenge on a vindictive john. In the last she abandons herself to furious love-making while in terror of getting pregnant and, when she has the child, moves into a world of fantasy and horror.

All of these playlets are about women in 1970’s Italy, but remind one of recent headlines in the US. 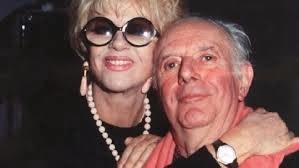 Although Rame and Fo wrote and performed together for almost 60 years, in 1997 he was awarded the Nobel Prize in Literature. In his acceptance speech he said: “Let me share this medal with Franca... Without her at my side, where she has been for a lifetime, I would never have accomplished the work you have seen fit to honor. Together we've staged and recited thousands of performances, in theatres, occupied factories, at university sit-ins, even in deconsecrated churches, in prisons and city parks, in sunshine and pouring rain, always together. Believe me, this prize belongs to both of us.”