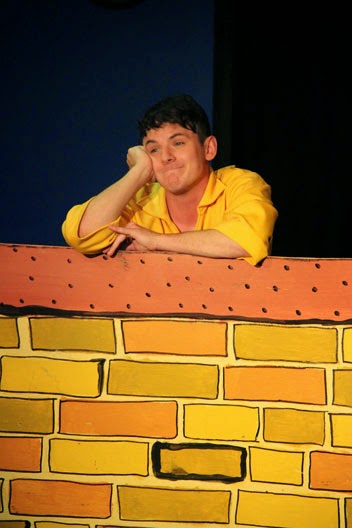 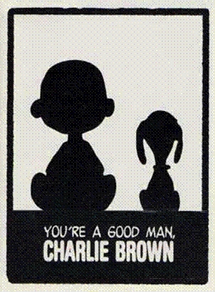 The whimsical characters from Charles M. Schulz famous Peanuts comic strip come to life in this version of the musical created in 1967 by Clark Gesner.


Bring the kids, as they will recognize themselves in the characters of the bewildered Charlie, the imperious Lucy, the philosophical Linus, tempestuous kid sister Sally, and music loving Schroeder. The conflicts are gentle, the attitudes naïve, the resolutions predictable, but always charming. Its a light viewing of childhood in small town America as we imagine it might once have been and perhaps a soothing rest from a child’s exposure to our present-day alarming-headlines era. 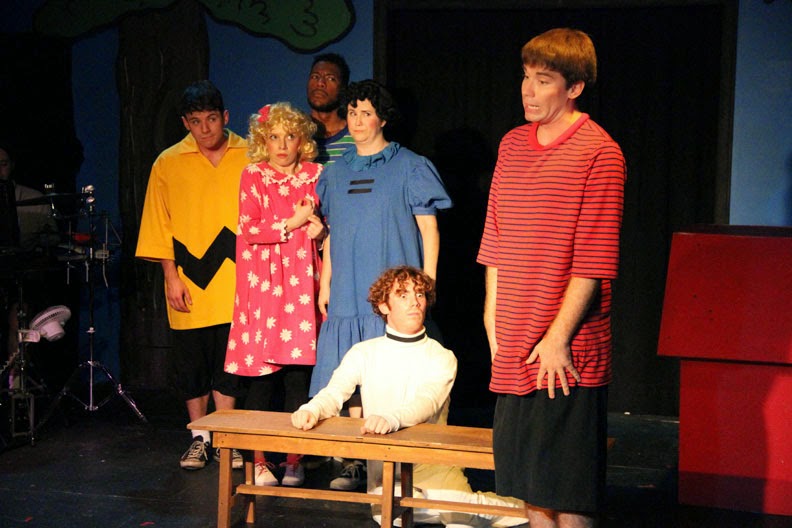 Holland Noel is a stoic but optimistic Charlie Brown; Dorothy Blue is dynamic as the bossy tyrant Lucy; Richie Ferris is an appealing blanket-gripping Linus; Kristin Towers-Rowles is delightful as the impetuous Sally; John Deveraux is impressive as the sensible piano-playing Schroeder, and Matt Steele is a manic bundle of energy as everyone’s favorite dog Snoopy. 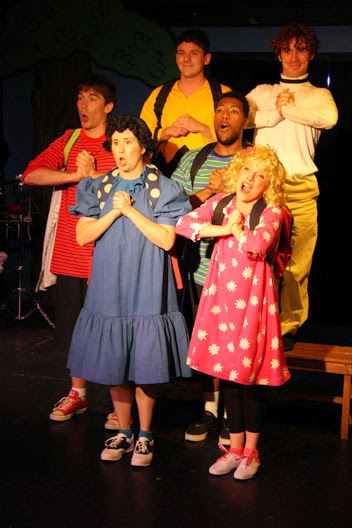 Cate Caplin directs with flair and imagination, with lively assist from Samantha Whidby’s choreography. Buoyant musical accompaniment by Jeff Bonhiver on keyboard and Tyler Smith on drums. Producers are Ryan Rowles and consummate actor Robert Towers (who was the original LA Snoopy back in 1968, and portrayed a deeply moving Shylock two years ago in the musical Something of Silver by Tony Tanner).

Proceeds from this production will go to LA’s Free Arts for Abused Children, a non-profit that provides healing to victims of child abuse through the creative arts. Produced by Sustaining Sound Theatre Company in association with Chromolume Theatre.

At the Attic Theatre, 5429 West Washington Blvd. at Hauser Blvd, LA. Hurry as its only through Nov 2. Tickets at (323) 205-1617 or www.crtheatre.com
Photos by Liz Reinhardt.
Posted by THEATRE SPOKEN HERE by Morna Murphy Martell at 9:36 AM